OBSERVE AND FIGHT: MAYWEATHER MAY HAVE JUST FOUND HIS NEXT CHALLENGER 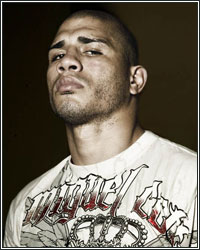 It's Monday. Welcome back for the final edition of Observe and Fight in 2011. Get caught up on The Boxing Observer's compilation of observations and random thoughts from the week that was in boxing. Check out some of the most recent events you may have missed out on including Miguel Cotto's revenge on Antonio Margarito, Floyd Mayweather's potential next opponent, Abner Mares' public redemption, and much more. Without further ado, check out the latest observations from The Boxing Observer.

That's all for me in 2011 ladies and gentlemen...I'm taking the plunge. I'm marrying my better half this weekend and will be out of commission for the next few weeks. I'll be back the first Monday in 2012 to bring you more from The Boxing Observer. Enjoy the holidays everyone!