HBO SEVERS TIES WITH GOLDEN BOY; IS BRONER THE CRUX OF DA PROBLEM? 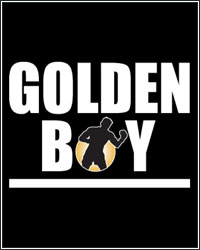 As previously reported by FightHype.com, it looks like the intriguing June 22 showdown between undefeated lightweight champion Adrien Broner and WBA welterweight champion Paulie Malignaggi will indeed be televised by Showtime, assuming, of course, that the fight still takes place at all. Earlier today, HBO Sports President Ken Hershman released a statement stating that the network would no longer do business with Golden Boy Promotions, the current promoter of Broner. "In order to achieve our goal of the best fighters, in the most compelling matchups, we've decided to focus our efforts and resources on those strategic relationships where we better share common goals in business philosophy," he explained.

In other words, at least for now, HBO is not interested in doing business with Richard Schaefer, instead choosing to focus on other promoters like Lou DiBella, Dan Goossen, and of course, Schaefer's long-time rival Bob Arum. What does that mean for Adrien "Mr. HBO" Broner? Well, at this point, it's unclear. Last Friday, sources informed us that executives from HBO and Golden Boy Promotions held an emergency meeting to discuss Broner's next fight, which we assume was the June 22 clash with Malignaggi. At that time, there was some confusion about whether or not Broner would actually be fighting on that date after Hall of Fame promoter Bob Arum revealed that former middleweight champion Julio Cesar Chavez Jr. would be fighting June 22 on HBO. Judging from follow-up comments made by both Schaefer and Arum, it looked like Broner would be keeping the June 22 date while Chavez Jr.'s return would be moved back to June 29. That was until today's news that HBO would no longer do business with Golden Boy Promotions.

According to reports, Broner's contract with Golden Boy Promotions and adviser Al Haymon expires in April. As it stands right now, the fight with Malignaggi still hasn't been finalized, as Broner himself revealed that he still hasn't seen a contract. Our sources also informed us that earlier this month, while in attendance at the Abril vs. Bogere card, representatives of 50 Cent reached out to Broner to offer him a contract worth $40 million to join his promotional company, SMS Promotions. Could Broner potentially part ways with Golden Boy Promotions and Al Haymon to be the face of SMS Promotions? That remains to be seen, however, considering that Golden Boy Promotions has the largest stable of young fighters on the cusp of becoming stars - such as Canelo Alvarez, Amir Khan, Danny Garcia, Lamont Peterson, Devon Alexander, Abner Mares, Lucas Matthysse, Marcos Maidana, Keith Thurman, and Victor Ortiz to name a few - I can't imagine that HBO would make such a major announcement without having something up their sleeve.

It should be noted that HBO's announcement did not directly address whether or not they would still do business with Al Haymon, who works with a number of fighters not affiliated with Golden Boy Promotions, including Austin Trout, Chris Arreola, and Josesito Lopez. It's also possible that HBO could be sending a message to Haymon, letting it be known that if he still plans on showcasing his fighters on their network, he may want to start moving them to a new promoter. Interestingly enough, undefeated featherweight Gary Russell Jr., also managed by Haymon, is currently a promotional free agent and recently turned down an offer to sign with SMS Promotions. So there is a possibility that HBO may indeed still be willing to feature fighters like Adrien Broner and Gary Russell Jr., provided they are no longer affiliated with Golden Boy Promotions. If that's the case and Broner does indeed end up with a new promoter, then chances are he won't be fighting Paulie Malignaggi on June 22.

CHECK BACK FOR MORE INFORMATION AS THIS STORY DEVELOPS