PETERSON VS. MATTHYSSEE SET FOR MAY 18 WITH ALEXANDER VS. BROOK 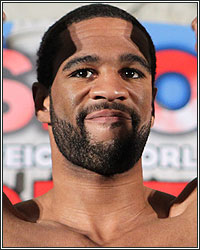 Sources close to the information have informed us that a deal has been reached for IBF jr. welterweight champion Lamont Peterson to defend his title against hard-hitting top challenger Lucas Matthysse. The bout will take place in Atlantic City on May 18 as part of a Showtime card that will also feature IBF welterweight champion Devon Alexander defending his title against mandatory challenger Kell Brook.

Peterson vs. Matthysse and Alexander vs. Brook is an intriguing doubleheader. A lot is on the line for all four fighters as they hope to catapult themselves into bigger matchups, like a potential showdown with undefeated pound-for-pound king Floyd Mayweather.