PORTER VS. BROOK AND ALEXANDER VS. SOTO KARASS IN PLAY FOR CANELO VS. LARA PPV UNDERCARD? 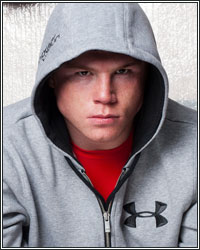 Sources close to the information have informed us that two welterweight bouts are in play for the July 12 Showtime pay-per-view card featuring WBA jr. middleweight champion Erislandy Lara defending his title against former champion Saul "Canelo" Alvarez in the main event. One bout would showcase undefeated IBF welterweight champion Shawn Porter (24-0-1, 15 KOs) defending his title for the second time in a 3-month span against undefeated top contender Kell Brook (32-0, 22 KOs).

The other bout would feature former welterweight champion Devon Alexander (25-2, 14 KOs) looking to rebound against rugged veteran Jesus Soto Karass (28-9-3, 18 KOs) after losing his title to Porter in December of last year. FightHype.com has also been advised that undefeated WBC super bantamweight champion Leo Santa Cruz (27-0-1, 15 KOs) could also be featured on the card, but an opponent has yet to be determined.