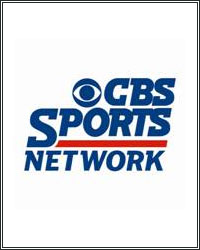 Sources close to the situation have informed us that CBS Corporation is currently finalizing plans for their own boxing series to be aired on CBS Sports Network, the 24-hour network home of CBS Sports. Although details are still unclear at this point, we're told that the network is planning 26 telecasts, the same amount as the current season of ESPN's Friday Night Fights. Furthermore, we're told that those telecasts will likely take place on Monday and Thursday nights, which would likely put them in direct competition with the Golden Boy Live! series on Fox Sports 1.

According to one source, Iron Mike Productions is one of several promotional companies that are already on board with the series. Given Al Haymon's seemingly close working relationship with CBS, one should not be surprised to see several of his fighters making an apperance on the network as well. While FightHype was unable to get anyone to speak officially on the record, our understanding is that organizers were originally targeting July 17 as the kick-off date, but for whatever reason, those plans could be placed on hold until the start of 2015.