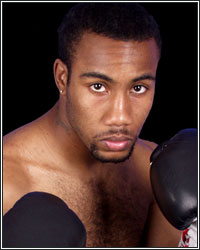 Sources close to the situation have confirmed that a lightweight title fight between IBF champion Miguel Vazquez and challenger Mickey Bey will headline a Mayweather Promotions card on August 30. Though a venue still has yet to be determined, the card could very well take place in Las Vegas, Nevada given that Mayweather Promotions is in the process of securing a promoter's license in the state. In fact, the Nevada State Athletic Commission is having a meeting tomorrow to determine whether or not they will approve the application.

We're told that undefeated super middleweight contender J'Leon Love will likely be fighting in the co-main, but it's unclear exactly who he will face. That being said, expect the majority of the Mayweather Promotions fighters to be featured as well since many of them are already deep into training camp. One should not be surprised to see potential appearances by Badou Jack, Chris Pearson, Luis Arias, Lanell Bellows, Andrew Tabiti, Ronald Gavril, Ashley Theophane or Ladarius Miller. Keep in mind, however, that the August 30 card is far from being finalized and is likely contingent on the undercard for Mayweather's September 13 rematch with Marcos Maidana, so any of the fights mentioned could potentially find a spot on either date. In fact, with the co-main event for September 13 still unknown, one should not be surprised if Mickey Bey vs. Miguel Vazquez gets moved to that date if the pay-per-view undercard isn't finalized soon.