ALEX ARIZA ON WORKING WITH FLOYD MAYWEATHER: "NOTHING IS OFFICIAL...UNTIL FLOYD DECIDES" 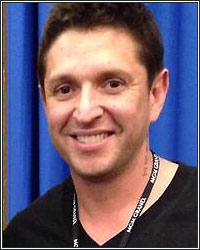 "Don't oversensationalize the headline. It doesn't mean anything. That's what professional athletes do at this level. They have non-compete/non-disclosure contracts. It doesn't mean anything until fight time," stated world-class Strength & Conditioning coach Alex Ariza, who clarified reports stating that he recently signed a two-year contract with Floyd Mayweather. According to Ariza, although he did indeed sign a two-year non-compete/non-disclosure contract during the final weeks of training camp leading up to the Maidana rematch, he'll only be working for the undefeated pound-for-pound king if Mayweather officially decides to utilize his services in his next fight.

"It's a standard two-year non-compete/non-disclosure contract. I don't even know if he's going to fight for another two years. I just can't talk about anything that went on in this camp and he's got first dibs on me if he decides to work with me in his next camp," Ariza recently explained when FightHype.com reached out to him for further clarification. "I wouldn't read too much into it. It doesn't mean anything. I think what he's doing is protecting his options. Nothing is official until come fight time and Floyd decides who's doing what. We could be sitting here holding hands all day long, but then come fight time, it could be a different story. As of this point, it's just a non-compete/non-disclsure deal until Floyd decides what he's going to do."