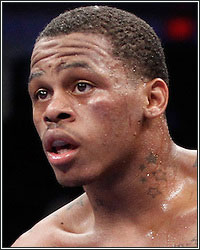 The official weights are in for tomorrow's 12-bout fight card at the Bank of Kentucky Center presented by R&R Promotions. The main event features former WBC U.S. Lightweight champion Brandon Bennett in the main event against tough veteran Tyrone Harris of Lansing, Mich., in a 10-round lightweight bout. In the co-feature, Ricardo Williams Jr. makes his long-awaited return to Cincinnati for his first fight in his hometown since 2009.  Williams will be facing off against Guillermo Sanchez of Buffalo, N.Y.

Tickets for Friday Night Fights: "Put Down the Guns, Pick Up the Gloves" go on sale Friday, Sept. 19 and are priced at $15, $35, $50 and $75 and are available at all Ticketmaster outlets, the Bank of Kentucky Center, Hard Ta Knock Shoppe and Everybody's Records. The event is sponsored by CBTS, Larosa's, Radio One, and TruStaff.