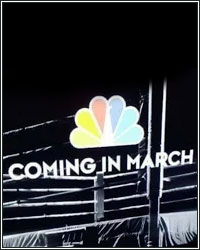 According to multiple sources, influential advisor Al Haymon and executives from NBC will hold a press conference this Wednesday in New York to officially announce their joint venture into a boxing series that will feature fights on both NBC and NBC Sports Network. Last weekend, fans watching the NFL playoff game between the Pittsburgh Steelers and the Baltimore Ravens got a sneak peek at what's to come when a commercial showing a boxing ring and the words "COMING IN MARCH" aired.

Although specific details are unknown at this time, we're told that "several fights with big-name fighters" have already been ironed out for March and April. It is our understanding that only select members of the media have been invited to attend the scheduled press conference, so be sure to keep it locked on FightHype.com all this week for more details as they become known.