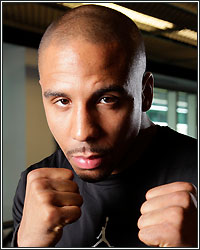 Evidently, the fight on November 21 will be the first of a 3-fight deal that Ward has agreed to with HBO, which will culminate in a showdown with unified light heavyweight champion Sergey Kovalev some time later in 2016. Ward last fought back in June, scoring a 9th round TKO of Paul Smith. Although that fight was originally scheduled to take place at a catchweight of 172 pounds, Smith came in overweight, tipping the scales at 176.4, more than a pound over the light heavyweight limit.