VIRGIL HUNTER PREFERS SULLIVAN BARRERA AS ANDRE WARD'S NEXT OPPONENT: "IT'S A GREAT FIGHT FOR US" 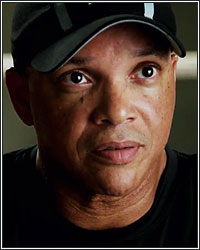 "That's my choice, to fight [Sullivan] Barrera. I told Andre that's a good fight to start out with because he's got some height behind him," stated world-class trainer Virgil Hunter, who shared his thoughts on a potential clash between his fighter, undefeated former world champion Andre Ward, and light heavyweight contender Sullivan Barrera. Although there's still some details that need to be ironed out, both sides have been negotiating towards a March 26 clash on HBO. According to Hunter, Barrera is the perfect opponent to help get Ward ready for a future showdown with light heavyweight king Sergey Kovalev.

"I respect Abel Sanchez and his accomplishments with Golovkin and Barrera. We know that this is going to be a tough, tough fight. We're preparing for him just like we would anybody else. There's never no lack of preparation. It's a great fight for us coming into the light heavyweight division. We got a lot of respect for him," Hunter explained during a recent conversation with FightHype.com.

Before that happens, however, an agreement must still be reached, and thus far, it sounds as if Barrera may be wanting a lot more money than his services are currently worth. "I'm not going to say it's going to happen and I'm not going to say it's not going to happen, but people have to understand that there's a little more to boxing than just saying we're going to fight. There's some business details that have to be worked out. Barrera, if he wants to fight, he's gotta accept pretty much what's there," Hunter added.