NOTES FROM THE BOXING UNDERGROUND: CREDIT WHERE CREDIT IS DUE? 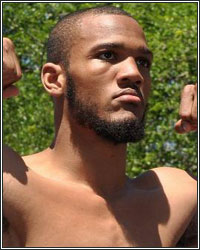 Before diving into the outstanding Jarrett Hurd-Julian Williams bout this past Saturday on Fox, let’s talk a little about what a night like this spotlights—even when boxing media refuses to acknowledge it.

Despite the narrative created by rivals throughout its existence, Premier Boxing Champions [PBC], when given a chance to make “doable” fights, actually does match their fighters tough—maybe tougher than any other boxing company when it comes to “in house” fights.

Let me first, however, get this out of the way—Yes, I do occasional work for the PBC website, mostly straight previews breaking down styles. But the opinions I’ve had about the company—good and bad—are the same now as they were before. And when a PBC fight or fighter deserves criticism, I give it to them (and I’ve written plenty of less-than-positive pieces over the years, along with some downright aggressively critical pieces). What I’m about to lay out in this column is simply the truth.

Just look at the junior middleweight division, where the company owns many of the top fighters.

They currently have eight of the Boxrec-regarded top twenty fighters in the weight class and, counting the Hurd-Williams clash, those eight fighters have produced twenty-four bouts with fellow top 20 154-pounders over the last four years or so. Stack that stat up against any other boxing company and you’ll see how it surpasses what the other guys generally put together for their fighters.

That, right there, is the “best fighting the best,” the ideal in all combat sports, right? Not every fight in the division can be made from the PBC side of the fence. Nobody, anywhere, is consistently making big fights with their A-side talent against A-siders from rival companies or networks. But, all in all, we’ve seen a willingness to match the best against the best and even too prospects against other top prospects. We’ve also seen that, for the most part, in the welterweight division where the PBC people own much of the top talent and fights between the PBC top dogs at 147 are commonplace (except when it comes to Errol Spence, who is just now getting the chance to wade into the deep end of the talent pool against top 5 or 6 welter Shawn Porter).

Given all of the above, though, you’ll notice how, when the PBC brand produces a great fight, the focus goes entirely on the fighters (as it should be, of course). But when a PBC fight is a dull affair or when one turns out to be a mismatch, the finger is always pointed directly at PBC and their bossman Al Haymon, as if dull fights and mismatches were standard course for the company.

According to the narrative established by old guard boxing people and the lapdog media that loves the status quo, most things PBC were awful. “Haymon mismatches” filled up precious network airtime—all the while HBO was airing main events pitting their stars, as +10,000 betting favorites, against no-hope opposition. But the facts tell the real story.

I did a piece a couple years back comparing PBC matchmaking to everybody else putting on major TV shows and the numbers showed PBC producing a slightly higher percentage of good fights to dull/mismatched fights when stacked up against competitors. Predictably, the “reasoning” approach had little effect on changing the picture already painted in many minds. But, the truth is the truth.

Mind you, PBC’s ability to book big, competitive fights at 147 and 154 stems from the fact that they scooped up a lot of the major players in those divisions. Top Rank and ESPN look to be on a similar path in the light heavyweight division, where they’ve similarly been able to lock up many of the top names.

But these risky fights didn’t HAVE to be made when they were made, even if they were safely “in house.” PBC could’ve marinated the hell out of Hurd, Charlo, Lara, Williams, etc. for years before having them fight. Instead, they fought one another in their primes. Truth should be acknowledged publicly at least once in a while. Kudos to PBC for making the high-end fights that they can, when they can.

Man, what a fight. Put two 20-something high-end fighters in their absolute physical primes against one another in a high-stakes contest and you usually get something that’s, at the very least, intriguing. And sometimes, like what he saw on Saturday, the battle goes beyond intriguing to downright awesome.

That’s what I’ve called before the karma of good matchmaking. Good vs. Good = Good. Usually, anyway. And that’s the best a matchmaker can do—make a good fight on paper and hope it translates well to the ring.

And good matchmaking karma usually translates into positive career vibes for both sides of a fight, especially when the fight turns out to be great.

Julian Williams is now IBF/WBA junior middleweight champ, finally established as the star his talents and skills said he would become. Jarrett Hurd may have lost his belts, but he lost zero when it comes to his standing in the boxing community. Still a genuinely dangerous fighter with an earnest, fan-friendly style, he remains right near the top when it comes to the 154 lb. elite.

And it was on free TV, to boot! No subscriptions and payment plans to hash out, no credit card needed.

When good, honest fights are made, nobody loses. Saturday night was boxing as boxing is supposed to be.