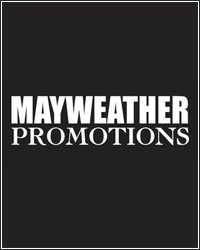 “We’re very excited to add this young man to our roster, says Leonard Ellerbe. He knows he’s in great hands in terms of guiding his career in the right direction, and he has the whole UK supporting him. Viddal Riley is the whole package across the board and his charisma will take him far. We look forward to what his future holds & we welcome him to Mayweather Promotions’ team with pleasure.”

“My future goal in boxing is to become a fighter who can sell out arenas and generate huge PPV numbers like the legend, Floyd Mayweather. If you’re not aware of the name yet, it’s Viddal Riley. Expect entertainment in multiple forms and ring IQ beyond my years.”

Born in Hackney, East London, Riley began his boxing career at six years old where he was introduced to the sport by his father Derrick Riley. He went on to perfect his craft and dominate in the amateurs collecting numerous titles over the course of ten years including eight national championships, European Junior Silver Medal, and becoming a 2014 Youth Olympian. Garnering so much success as an amateur, Riley turned professional in 2018 and is trained by Jeff Mayweather, Floyd Mayweather’s uncle.

Juggling work as a part-time trainer and a fighter between 2016 and 2018, Viddal’s life quickly changed when he became the head coach to internet sensation ‘KSI’ who has an accumulated following of 40 million across multiple social media platforms. This move immediately catapulted Riley’s name through the digital space. Through Riley’s guidance, KSI went on to headline two of the biggest white-collar boxing events which amassed over 40 million views/streams.

“From the first time I met him I knew he was something special," says KSI. "He’s helped me become the beast I am today in boxing. I meant what I said after the Joe Weller fight that Viddal would become a world champion.

“Now that he’s signed with Mayweather Promotions, for me, that accolade is now set in stone. Get ready for Viddal Riley!”

Riley made his professional debut on September 30, 2018. A dominating performance gained Riley his first professional win and he has gone on to collect two more wins. One of those wins marked Riley’s American debut, when he fought Mitchell Spangler in Las Vegas at the MGM Grand on the Manny Pacquiao vs. Adrien Broner undercard on January 19, 2019, the other in Dubai when he headlined the first-ever PPV boxing event promoted by stablemate, Badou Jack, under Badou Jack Promotions. Riley’s current professional record is 3 wins, 2 by knockout, with zero losses.

After making a splash in America with his fighting abilities and unique brand, Riley continues to garner much success through his involvement with KSI furthering his notoriety and popularity across multiple industries a, unique yet, rare accomplishment Riley is proud of. Riley has used his social media presence to give back to the community providing boxing camps at his childhood boxing gym West Ham Boxing Club. His goal is to encourage the next generation to work hard by using his personal experiences to show how, with focus and determination, you can change your life just as he has.