MICHEL RIVERA VS. FRANK MARTIN SET FOR DECEMBER 17 ON SHOWTIME 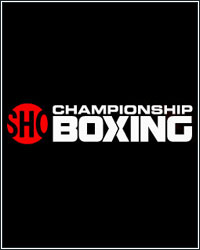 During tonight’s SHOWTIME CHAMPIONSHIP BOXING telecast, it was announced that a high stakes matchup of undefeated fighters will round out SHOWTIME’s 2022 boxing lineup. On Saturday, December 17, lightweight contender Michel "La Zarza Ali" Rivera (24-0, 14 KOs) will take on Derrick James-trained Frank “The Ghost” Martin (16-0, 12 KOs) in a 12-round lightweight title eliminator bout in the main event of a SHOWTIME CHAMPIONSHIP BOXING in an event presented Premier Boxing Champions

Born in Santo Domingo, Dominican Republic and now fighting out of Miami, Fla., Rivera burst onto the scene in 2019, making his United States debut with a victory over Rene Tellez Giron. The 24-year-old continued his ascent with five more victories in 2020 and 2021, including knockouts of Jon Fernandez and Anthony Mercado. Most recently he outboxed Jerry Perez earning a unanimous decision victory in October after dominating the previously unbeaten Joseph Adorno on his way to a unanimous decision in March.

The 27-year-old Martin ascended the lightweight rankings in 2021 with a pair of impressive victories before delivering a New Year’s Day KO over Romero Duno. In 2021, Martin knocked out the previously unbeaten Perez in a dominating performance in April, before earning a unanimous decision over Ryan Kielczweski in August. He showed the full complement of his skills that have made him one of the most talked about up-and-comers in the 135-pound division in his last outing in July, as he delivered a methodical destruction of Jackson Mariñez before stopping him in the 10th and final round. Originally from Indianapolis, Ind., Martin now trains in the Dallas-area under the guidance of James alongside his promoter, unified welterweight champion Errol Spence Jr.

Additional details on the card will be announced at a later time.