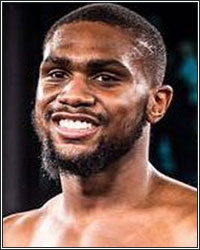 Tickets for the live event, which is promoted by GTD Promotions and TGB Promotions, are on sale now and can be purchased online at ticketmaster.com and capitalonearena.com. The Ennis vs. Chukhadzhian bout is promoted in association with D&D Boxing.

“With a blockbuster main even matchup, it is fitting that the pay-per-view undercard will be jam-packed from top to bottom with some of the sport’s best and most intriguing fighters in high-stakes clashes,” said Tom Brown, President of TGB Promotions. “Jaron Ennis, Demetrius Andrade and Rashidi Ellis have all shown off their immense talent throughout their careers and will all look to take important steps on January 7 in Washington, D.C. Ennis is one of the sport’s bright young stars and will be looking to move even closer to a world title fight, while Ellis is deep into his own ascent on the 147-pound crown. Kicking off the telecast is the dangerous two-division champion Andrade, who can send a message to the rest of the 168-pound division when he opens the pay-per-view. This card is lined up to deliver from open to close and has all the makings of a night of non-stop action.”

Ennis (29-0, 27 KOs) is the latest in the pantheon of outstanding Philadelphia fighters, combining elite boxing skills with natural power in both hands. After two appearances on SHOBOX: The New Generation®, the 25-year-old Ennis graduated to headlining his first SHOWTIME CHAMPIONSHIP BOXING® telecast in April 2021, as he became the first fighter to stop former world champion Sergey Lipinets. He followed up that performance with an impressive first-round stoppage of Thomas Dulorme in October of that year, before most recently blasting out Custio Clayton in two rounds in May in his ninth appearance on SHOWTIME®. The knockout victory gave Ennis 19 KOs in his last 20 fights, with the only blemish being a no-decision in the first round against Chris van Heerden in December 2020.

“I can’t wait to start 2023 off right by putting on another explosive performance for my fans,” said Ennis. “I respect all my opponents and am training harder than ever to come out victorious on January 7 to move one step closer to becoming world champion. Next year is going to be the most significant year of my career and it all starts with this fight. My time is now.”

The 26-year-old Chukhadzhian (21-1, 11 KOs) rose up the IBF rankings with a pair of stoppage victories in 2022, dispatching of Ryan Martin in eight rounds in January prior to retiring Blake Minto after six rounds in July. A native of Kiev, Ukraine, Chukhadzhian now fights out of Germany as he prepares to make his U.S. debut on January 7. The only blemish on his record came in his second pro fight, a three-round split-decision loss in a tournament-style bout.

“When the offer to fight Jaron Ennis came to us, we immediately agreed,” said Chukhadzhian. “Ennis is a very good boxer. However, both Armenian and Ukrainian blood flows through my veins, and I’m not traveling to the U.S. for a check, but with the goal of showing that all of the hard work we put in was not in vain. We are preparing in the gym, where there is no water and light because of the war. But what doesn’t break us only makes us stronger. I’m confident I will have my hand raised on January 7!”

The 29-year-old Ellis (24-0, 15 KOs) returned to the ring for the first time since October 2020 in July, blasting out Jose Marruffo in the first round. His previous outing had seen him earn an impressive unanimous decision over the previously unbeaten Alexis Rocha. Originally from Lynn, Mass., Ellis also owns a pair of victories over veteran contender Eddie Gomez, including a first-round knockout over Gomez in December 2016, before winning by unanimous decision in their 2019 rematch.

“I’m grateful to be stepping into the ring on such a big card to show off my talents,” said Ellis. “I want to thank my whole team for this opportunity and I can’t wait to make the most of it on January 7. I’m ready to go out and accomplish my goals. I’m coming to take care of the welterweight division one fight at a time.”

A native of Rosario, Venezuela, Villa (25-1, 24 KOs) earned a career-best victory in his most recent bout, as he made a memorable U.S. debut by dropping the previously unbeaten Janelson Bocachica on his way to a unanimous decision in a September edition of SHOBOX: The New Generation. The 29-year-old has fought professionally since 2015, scoring knockouts in all of his first 24 victories prior to the decision in his last bout. The only blemish on Villa’s record came via a narrow split-decision against Marcos Villasana in a 12-round 2019 bout.

“I am having a great training camp right now and preparing to be at my very best on January 7,” said Villa. “I’m looking forward to being able to show all my power and preparation in my next fight against Rashidi Ellis. This is my chance to show that I’m going to be a world champion in the welterweight division.”

A 2008 U.S. Olympian® from Providence, Rhode Island, Andrade (31-0, 19 KOs) has captured world titles at 154 and 160-pounds as he now embarks toward becoming a three-division world champion. The 34-year-old captured the 154-pound title with a 2013 victory over Vanes Martirosyan and went on to defend the belt four times before moving up to middleweight. At 160-pounds, Andrade won a dominant decision over Walter Kautondokwa in October 2018 to win a vacant world title, before putting together a string of five consecutive title defenses, including most recently stopping Jason Quigley in two rounds in November 2021.

“My goal right now is to become a three-division world champion,” said Andrade. “Super middleweight is a stacked division with more characters to make some great fights for the fans. I hope Demond Nicholson has a safe camp and brings his very best to the table so that we can have a great showing on this card. I’m ready to display my talent and skill on my journey to becoming a three-division world champion.”

Currently riding a three-bout winning streak, Nicholson (26-4-1, 22 KOs) will look to impress on the big stage not far from his hometown of Laurel, Maryland. The 29-year-old’s current run came after a 2021 decision defeat against Edgar Berlanga, and most recently saw him stop Christopher Brooker in August.

“This is a great opportunity for me to attack my dreams,” said Nicholson. “A win on January 7 is going to get me closer to accomplishing the goals I have in this lifetime. I am ready for anything my opponent is going to bring to the ring, so the fans should expect a great fight for as long as this one lasts.”