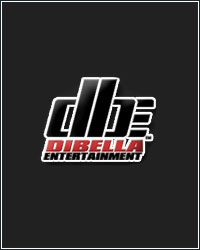 As a hero to many who regularly fights before raucous, standing room only crowds, Mark "TNT" Tucker is accustomed to performing under the bright lights.

So far so good.

"Fighting in Westminster has been tremendous and I've already accepted some tough fights to please my fans, but now it's time to take the next step towards becoming a premier fighter," said Tucker, who at 13-0 holds the USBO Light Heavyweight championship.

Aside from having to impress a new promoter, Tucker has a difficult draw in opponent Billy Bailey with the NABO Youth title at stake. At 10-7-1 (4 KO's), Bailey is far tougher than his record indicates. The rugged Californian has impressive wins over once beaten Brian Cohen and previously undefeated Kevin Hand, while dropping controversial decisions in the hometowns of well regarded fighters such as Roger Cantrell, Anthony Ferrante and Danny Santiago.

Even though Bailey, who has been stopped just once, enters Saturday night a loser in his last two bouts, Tucker is not taking the opportunity to battle for the NABO title lightly.

"Billy comes to win and has pulled off upsets in the past, so I had a terrific camp to properly prepare," said Tucker, who spent time training at the famed Wildcard Gym under the guidance of Freddie Roach. "I am honored to be able to fight for one of boxing's finest promoters in Lou DiBella and I am going to show him how a country boy handles business inside of the ring."

The Tucker-Bailey match up will serve as one of the bouts leading up to the SHOWTIME Super Six: World Boxing Classic, WBA Super Middleweight fight between Andre Ward and Allan Green. Tickets are available by calling 510-569-2121.