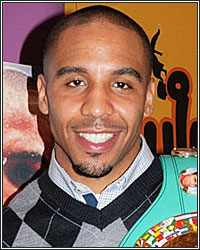 Undefeated super middleweight king Andre Ward contacted FightHype.com to set the record straight regarding recent comments he made about a hypothetical clash between himself and undefeated pound-for-pound king Floyd Mayweather. Those comments were taken out of context by a number of websites, giving the impression that Ward was calling Mayweather out for a potential 160-pound showdown. According to Ward, however, that couldn't be further from the truth, and despite recent headlines, he has no problems with Mayweather. Check out what he had to say!

The last couple of days, Floyd made some comments about me that were false and that I disagree with. I responded the way I responded and that was pretty much the end of it. Yesterday, I answered a question/comment from a writer about the possibility of me and Floyd ever fighting despite our weight difference and size difference. I answered the question and said I would be willing to fight Floyd at 160 if that fight ever came about. My response was intercepted by certain websites. They took what I said and put it on their website with misleading headlines about me calling out Floyd Mayweather.

I've been in boxing a long time and rule number 1 is you don't call somebody out that's three weight classes lower than you. You also don't call somebody out who has a fight coming up, and I'm not in a position to call anybody out right now because I'm rehabbing my shoulder. I'm not a guy that says things for shock value or says things to get headlines. I respected what Floyd has done for the sport before he said what he said and I respect what Floyd has done for our sport after he said what he said. We had a difference and that's what it is. What I'm not going to allow to happen is this thing to escalate and there be some long-standing beef or problem between me and Floyd Mayweather when that's not the case, so it's done. I don't have no problems with Floyd Mayweather. It was squashed the other day. I answered the question and it got blown way out of proportion.