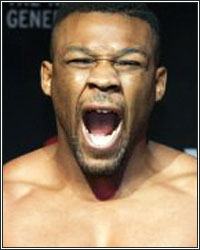 According to a report on ESPN.com, heavyweight contender Jarrell Miller has tested positive for the banned substance GW1516 ahead of his anticipated June 1 showdown with undefeated unified world champion Anthony Joshua. The news is ironic considering that it was Miller who accused Joshua of being on steroids during the promotion of the fight.

Evidently, the results were from a random urine test that Miller conducted for the Voluntary Anti-Doping Association on March 20. It's the second failed test in the past 5 years for Miller, who was previously suspended for nine months back in 2014 after testing positive for methylhexaneamine. It is unclear at this point if the Joshua vs. Miller bout will be canceled or move forward.