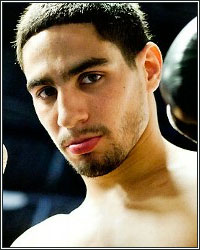 Welcome to another Thursday spent huddled for heat around my bloated, bulbous sack, waiting on a money shot of gooey, salty truth aimed straight into the earholes of boxing’s bad guys. This week, we have comments/questions regarding Spence-Garcia, firing Paulie, and boxing's comeback fail.

From a Layup to a Fail

Hi, hope you are well. After the promoters  and network resumed the boxing schedule, there  were 3 fights I was looking forward to the most just because I figured there was no way in hell they couldn't  happen. I'm referring to Lomanchenko vs. Lopez, Canelo vs. GGG, and Taylor vs. Serrano. My reasoning was that these fights involved fighters under the same promotional banner and/or network and there was an agreement in principle. How naive of me!! What are we getting instead? Pay-Per-View fights that at one time were either on HBO or Showtime, with the exception of Spence vs. Garcia. Spence has a lot to lose, and this can create some drama and generate debate before the fight, therefore might do good numbers. Crossing my fingers they don't mess this one up, too.

Never underestimate the ability of boxing’s bossmen to turn an easy layup into a blooper reel fail. I’m not going to say that they’re inept, it's just that they don’t have the sport’s best interest in mind when they make their deals and they certainly don’t have the fans in mind, either. The fact that they can’t even put together big, in-house bouts when they seem to be set up on a tee for them, well, that says everything you need to know about their deal-making acumen.

Granted, the fighters take a healthy dose of the blame for cock-blocking the sport. But they’re just playing the game that the bossmen created. When you split the sport up into so many different factions, refuse to cooperate on matchmaking with those other factions, are irresponsible in spending the money coming in from naive money marks, and then erect paywall after paywall to hustle fans into bailing them out when their plans fail…yeah... that’s not exactly a pro-growth business model.

As for Spence-Garcia? We can only hope we don’t get another fail there.

Hey Magno. Got any early take on Spence-Garcia? If both are running at 100%, I don’t see how Garcia can beat Spence. Spence would be too strong and too focused for Danny. There might be some spirited skirmishes here and there, but I think Errol wins a pretty decisive decision. What say you, Paul?

“If both are running at 100%” is the operative phrase in your prediction. We have no reason to assume that either fighter will be at full capacity with 14 months of downtime for Spence and 10 months of downtime for Garcia—downtime through a pandemic where we just don’t know how well they kept themselves mentally and physically sharp. In Spence’s case, there’s also the concern about the impact of the car crash he survived last fall. He wasn’t in an iron lung with a severed spin and a baseball-size hole in his skull like some online boxing personalities giddily rushed to report, but he certainly didn’t go away from that accident untouched. At the very least, he suffered bumps, bruises, and busted-up teeth that still, apparently, are keeping him from going 100% in the gym. His recent social media videos show him more than a bit “off” from his usual demeanor, a bit reminiscent—I hate to say—of when Jermain Taylor started to go south mentally. Hopefully, Spence is not in Taylor territory and those videos are just the workings of a young competitor acting out because he can’t currently compete.

If all is 100% with both, I agree with your assessment. Garcia could give him a lot of trouble, but I think Spence is just the better, stronger, and more focused fighter.

But I’m taking nothing for granted with this fight, not even that it’ll happen on November 21 as planned. It would be a damn shame, though, if Spence was pushed from his pedestal way before his time—not necessarily by an opponent, but by personal mistakes that made him a lesser fighter.

I read your column on Monday defending Showtime firing Paulie [Malignaggi]. It was a crock of shit. Everyone's getting sick and tired of this PC nonsense. The kneeling during the anthem, the double standard about what white people can say and what black people can say. It's got to stop or people like me are walking away. Paulie was asked his opinion about a racist statement made by a black fighter and he said nothing wrong. Showtime is trash and so are you.

I think what Paulie said (and you can look up my article, "Notes from the Boxing Underground: Firing Paulie, Signing Spence-Garcia" to see my entire take) was neo-white nationalist bullshit, delivered from someone with an idiot-level understanding of social sciences and current events. But I don't support him being fired for it. The thing is this-- Showtime's allowed to choose whoever they want representing their brand. Paulie's been walking this racist tightrope for awhile, banking on the boxing world being the land that time forgot and a safe haven for cavemen dummies. The times finally caught up to him. He chose to walk on the minefield and he got blown up. Like I said in my column, I'm not going to weep for Paulie. He may be a great color commentator, but there comes a point where someone's shithead off-camera nonsense takes away from the enjoyment of his on-camera work. Paulie crossed that point.

As for your insult? I'll let it pass because you're obviously a moron.