NOTES FROM THE BOXING UNDERGROUND: 4 BS STORIES THE BOXING MEDIA LOVES TO TELL 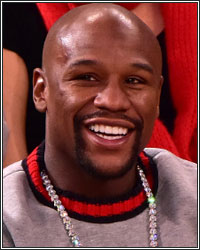 The boxing media is full of crap-- literally and figuratively. Literally, because many have lived on free media buffet food and promoter-paid dinners for years (although this Covid stuff and the nixing of media buffet gorging has probably done wonders for their overall health).

They're figuratively full of crap because most don't really know what they're talking about and they tend to gravitate towards BS group-think narratives cooked up by fellow media idiots.

There's been a lot of BS out there in recent years. These are the four that come to mind most vividly at the moment.

The Soviet Bloc Fighters Are Taking Over Boxing

Remember a few years back when stories about the invasion of former Soviet Bloc fighters and how they were taking over boxing filled the media landscape like fast food restaurants on a stretch of red state highway ? Those articles were everywhere. Fast forward to 2021. They didn't take over and, SPOILER ALERT, they ain't going to take over.

So deeply ingrained was this narrative that even boxing-smart Paulie Malignaggi parroted the talking point as recently as last July-- something which got him fired from his Showtime broadcast gig.

"I don’t know if Devin got the memo," Malignaggi said in reference to an 'I'm not gonna lose to a white boy' comment made by Devin Haney. "It’s no longer the time of the African American anymore in boxing...It’s (the Eastern European) that has become the dominant species in boxing."

Of the Soviet Bloc fighters "taking over," only a handful are real factors on the world stage and, of those, only about five or six could be considered elites. Of those elites, none are truly dominating at the moment. Golovkin is on the decline. Lomachenko just came off a loss. Usyk, a unified cruiserweight champ, is an afterthought at heavyweight. Bivol and Beterbiev remain at the top of 175, but are not exactly setting the world aflame. This has hardly been boxing world domination.

So, why did everyone in the media rush to proclaim an Eastern invasion and fall all over themselves to insist that it was happening when it most definitely was not?

Hey, I could BS you with some more diplomatic theories, skirting around the issue, but you already know I'm not that kinda guy. The reality is that these fighters were white, the vast majority of the boxing media is white, and there's always been the strong push (whether conscious or subconscious) to paint white fighters as somehow more honest, harder working, braver, and more like the noble warriors media hacks embrace in their wet dreams.

PBC/Haymon Boxing Is Going Out Of Business

I remember way back in the summer of 2014 when one particularly smarmy boxing writer (who is now an EX boxing writer), declared that Al Haymon and Haymon Boxing were on the verge of being DOA. His "inside sources" told him that Haymon would be out of boxing by the end of that year. In the first quarter of 2015, however, it was announced that Haymon Boxing was morphing into Premier Boxing Champions (PBC) and debuting on NBC in March.

For the first several years of its existence, PBC had its ups and downs, its good times and bad time. The one constant, though, was the media coverage declaring that it was dead, dying, about to die, or utterly unsustainable. Some of these media people were so desperate to share bad news about the company that they were quoting anonymous Reddit posts as sources in their "PBC is dying" pieces.

Obviously, PBC didn't die and still isn't dying. For the most part, the media has now stopped reporting on its death, too. But why were so many eager to dance on Haymon's boxing grave?

To a lot of these media dolts, who were almost completely beholden to the old school promoter-centric boxing power structure, Haymon (and, therefore, anything he touched) was a real threat to the status quo that they relied on for revenue and access. Haymon's focus on fighter independence and a move away from the old guard business model meant trouble to the established bossmen in the business. Never let it be said that the lap dog boxing media couldn't be made into attack dogs when self-interest comes into play.

Funny how the same crew that blasted PBC for spending in the red and alleged predatory business practices doesn't have much to say about the more promoter-friendly DAZN, which is just as guilty of those offenses (if not more).

This is one the media loved to throw out there during Mayweather's post-Top Rank run. I'm not going to go through a decade's worth of their silly agenda-heavy make-believe analysis, but I will say that the criticisms were not based on much more than a desire to tear down the man and piss on his legacy. And they did so because he bucked the system and offended the old guard as a free agent/because he didn't talk or act the part of a "real" fighter/because he was a generally disagreeable character/because he mastered the business and rubbed everyone's nose in that fact.

The funny thing is that Mayweather did get around to facing most everyone he was accused of ducking. And the silly narrative that he "waited until the right time" never seemed to acknowledge the reality that, while he fought some of these guys later in their careers, Mayweather was also later in his career when he did so.

So, while Mayweather was "ducking" all these challenges, he managed to fight most of them while also fighting a steady stream of Top 3 fighters throughout his main stage run.

Too Many World Titles Are Ruining Boxing

It's reasonable to have the debate over whether the proliferation of world titles is hurting the sport to some degree (Although, I think, in the present tense scene, they help more than hurt). That's fine. But the media's fixation on this topic is more about the fakery of phony outrage. It's a vehicle for the "biting" criticism they don't have the guts to direct at the powerful people in the sport who could actually hurt their precious access to fighters and events if upset. The sanctioning bodies are safe targets for their fake outrage. Even I fell into that rabbit hole when I first started writing about boxing. It's the ultimate low-hanging fruit. Nobody, anywhere, is going to defend the alphabet stooges. So, they make for safe targets for writers who otherwise do nothing beyond public relations work in their writing.