NOTES FROM THE BOXING UNDERGROUND: ANATOMY OF A BOXING SCANDAL 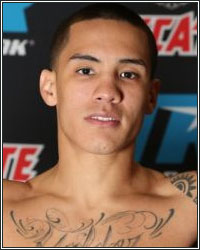 On Tuesday, it was reported that WBC super featherweight champ Oscar Valdez had tested positive for the banned stimulant phentermine.

By Friday, the Pascua Yaqui Tribe Athletic Commission and the WBC had cleared the way to green light Valdez’s title defense against Robson Conceicao.

In between Tuesday and Friday, boxing fandom and the perpetually shitty boxing media did what they do during these kinds of scandals-- feign outrage and bathe in the black water of their own ignorance.

There was a time when I’d have been right there alongside the media members self-righteously calling for heads to roll. As someone who has been around the boxing business since I was a toddler, I cared about fighter safety and establishing an even playing field when it came to everything from safety to officiating to fighter finances.

I still do care about all of that. I’ve just learned in my fourteen years or so in the boxing writing business that most everyone else around me doesn’t REALLY care about such things. I also learned that if I dig too deep, go too far in pursuing an actual resolution to a scandal of the week and point fingers at anyone but safe targets like the sanctioning bodies or state athletic commissions, there’ll be a backlash against me and, ultimately, a silencing of my voice.

And if you think that fans are any better than the media, you’re delusional.

I can guarantee you that no matter what I write or how honestly and earnestly I pursue what I feel to be justice and/or above-board honesty in pursuit of a safer, healthier sport, water head losers will still hijack the comment section with personal insults unrelated to the article’s subject matter.

Now, mind you, I don’t give a shit about what these dimwits say. But they just help prove the lesson I’ve learned in this business. Very few people in or around boxing actually care about boxing, boxers, or the integrity of the sport. They really, really don’t. And those who do carry through with the illusion of caring, will mostly abandon their outrage on fight night or shortly thereafter.

Some creeps even secretly get off on the seedy side of boxing, slumming in the misery of men and women who, literally, risk their lives to make a living in the sport.

All of this is why reform in boxing can never get any real traction. Boxing people just don’t care about boxing.

The industry people are only about making quick, short-term money at the expense of the long-term health of the sport. The media is all about the showbiz of pretend-caring. Most fans couldn’t care less about the boring, tedious politics that affect the sport and can’t be bothered to pay attention to the details of any particular story.

Back when Saul Alvarez was making headlines for his clenbuterol issues, pro and anti-Canelo contingents had already made up their mind about his guilt without really knowing the actual details about what had happened. The facts mattered way less than what fans and media WANTED to believe.

When a negative hair follicle test pretty much exonerated the man and backed up his side of the story, that he had accidentally ingested the substance, it didn’t change any of the back-and-forth about his guilt one bit.

To this day, the Canelo critics label him a drug cheat and the Canelo supporters declare him innocent. Opinions haven’t wavered one bit from when nobody had any information at all about the situation. And despite that information being widely accessible now, no minds have been changed.

That’s because the issue was never clenbuterol at all. The issue was Saul Alvarez. To be specific, the issue was about liking or not liking Saul Alvarez and his path to stardom. The “dirty” stuff was just a means to bury the man. It was a tool for assault. None of the fans or media members who had fits of self-righteous indignation gave a damn about clenbuterol.

They don’t care about Oscar Valdez and phentermine, either.

So, why waste the time and energy fighting a battle that nobody is really fighting? Why deal with the inevitable backlash when you refuse to “take sides” and want to sift through the actual facts to get to the truth?

Yeah, this is jaded as fuck on my part. It’s also being real. If boxing wants to be a lawless mess that never learns from its mistakes and never evolves past its base instincts, what the hell can I do about it? I’ll still be writing about what I feel is right and correct, but it’s always in the back of my mind now that what I say is pretty much just for the benefit of my own conscience and for a small group of readers who have the fairness bug in their brains and similarly want to get at the truth.

Oscar Valdez, though, will be just fine, no matter what happens. Guilty or innocent of intentional wrongdoing, his career will go on. Even those who are bathing in canned outrage over his dirty test will be right there watching.