NOTES FROM THE BOXING UNDERGROUND: LIES WE TELL OURSELVES 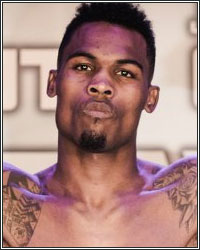 When it comes to expanding, becoming “legit,” and taking back a spot in the mainstream sporting world, boxing has sabotaged itself immeasurably and continues to do so.

But this column isn’t about what boxing has done to itself, it’s about what we, the fans, have done to it. Because, although we’re quick to point fingers at the sport’s self-destructive ways and general incompetence in getting its shit together, we’re not so quick to acknowledge our culpability in letting the sport we supposedly love become the hot mess that it often is.

Jermell Charlo is a case study for how we, as fans, say one thing, but act in a very different way.

Charlo’s twin brother Jermall has earned some skepticism and eye rolls. There’ve been a few soft-touch, gimme, cynical matchups on his resume and some tepid performances as well.

But Jermell has turned in honest, earnest performances throughout his career and just fought his way—legitimately—to 4-belt full unification at junior middleweight with his stoppage of Brian Castaño this past Saturday. He hasn’t deserved the derision and dismissal he’s gotten for much of his career.

Actually, Jermell Charlo is pretty much everything the fans always ask for in a fighter. He takes on the top guys, usually knocks out his opposition, and has made the effort to unify the titles in his weight class.

I’m not a “there are too many champions” guy and, honestly, neither are most fans who say they are. With Charlo (and disregarding the WBA recently stripping Josh Taylor—or Taylor vacating the belt, whichever side you believe), there are three fully unified 4-belt world champions and a few divisions that are just one fight away from full unification. It’s been a very long time since we’ve been this close to the purists’ “one champion per division” dream. And it hasn’t made a damn difference in fan support, fan excitement, and/or the ability to bring in new fans.

But the fallacious, lazy-thinking “too many world champions are hurting boxing” silliness is a topic for another day (But here’s the Cliffs Notes version: Having multiple world champions has pretty much been the only marketing tool that has actually worked for boxing over the last few decades. It’s allowed for the sport to expand and bring world class boxing to new markets across the globe and it’s put a lot of extra money in the fighters’ pockets. Nobody is staying away from boxing because they don’t know who the “real” super featherweight champ is.).

That one-world-champ-per-division stuff is just one of many, many lies we tell ourselves as fans.

We WANT to think of boxing as a noble sport full of noble warriors whose dances near death are the final chapters of some wonderful macho fairy tale. We WANT to think that we’re thirsty for a truly independent media, one that holds the crooks and creeps in check and battles to maintain and rebuild the integrity of the sport. We WANT to think that all this stuff we gripe about online and all the standards by which we judge and dismiss fighters are valid and honest assessments based purely on our desire to bring glory to the sport.

But none of that is true, at least not to the degree that we like to believe it is.

Boxing IS full of nobility and triumphs of the human spirit. But, ultimately, it’s a business run as businesses are run in these modern times—for the sole benefit of those at the very top. When the “noble” warriors sweating and bleeding for our enjoyment can no longer entertain us, we usually forget about them as they drag their battered bodies and damaged brains into an unsure second half of their lives.

Meanwhile, the media fans cling to, at the expense of more biting, “real” reporting, is less journalism than promotion. Even the fans who claim to care the most about truth and honesty in media, still use media sources they know to be compromised as their primary sources of information. Hell, a biography that cast numerous aspersions on the character of a dead fighter was recently published to critical acclaim, despite the sleazy author’s own admission to using almost no primary sources for the hit piece. When the first few people he tried to interview for the book declined to comment, he decided to just use “newspapers, magazines, and video features” because “the paper trail was a better process” than making the effort to earn trust and an interview from those who actually knew the fighter and lived the stories this writer guestimated about in his book. But he got away with creating this shaky tome that will taint the deceased fighter’s reputation forever because, well, nobody really cares enough to demand truth and integrity in the writing process. Boxing fans just want sordid tough-guy, boxing-on-the-edge tales and to be told stuff they want to hear. Screw the fighters—especially the dead ones who can’t defend themselves.

On that note, let’s get back to Jermell Charlo.

I imagine Charlo won some respect Saturday night by the way he professionally took down a very good Brian Castaño. Just judging from the little bit I saw on social media, post-fight, that’s what I observed, anyway. But there will still be “haters” and cynics, probably turning up in the coming days. And, really, shame on the people, even those now coming around, who’ve withheld respect and recognition from Charlo for this long. Admittedly, he’s not the most likable person in the sport, but so fucking what.

If you respect the sport and the fighters, then you give credit where credit is due and you criticize when criticism is warranted. As the kids say, you “keep it real.” If you don’t know enough about boxing to make intelligent assessments in pursuit of “keeping it real,” then you take some time to learn before shitting on lives and legacies. Unless, of course, this is all about your feelies and you really and truly don’t care about anything other than the enjoyment you get from watching people fight.

And “not caring” is totally valid as well. I can’t tell you what kind of consumer you should be. Continue not caring. Just understand how much your ambivalence affects this sport you “love.”