NOTES FROM THE BOXING UNDERGROUND: ROUGAROU, RYDER, AND WHYTE 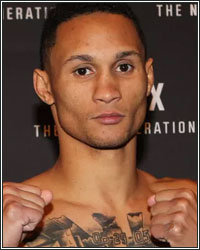 Although nothing BIG happened this weekend, there were at least some important notes to be filed on three highly-ranked characters. Here’s a look at the takeaways from this Saturday’s action:

– I think I’ve been pretty lousy at hiding the fact that Regis Prograis is one of my personal favorite active boxers. Leading up to him stopping Jose Zepeda in eleven rounds this past Saturday to claim the vacant WBC junior welterweight title, though, I was starting to think that maybe I liked the guy more in theory than in reality.

Prograis’ talents were always evident, but a late start in the sport and a breakthrough performance that didn’t happen until he was already 28 meant that time wasn’t on his side when it came to how far his talents could take him. Still, he managed to advance nicely, notching some solid victories and eventually winning the WBA 140 lb. title. A razor-thin majority decision loss to future 4-belt unified champ Josh Taylor would cost him his belt, but not his place on the world stage.

Then, came the dubious decision to become a promotional free agent by breaking free from promoter Lou DiBella.

On the open market, Prograis, who didn’t yet have the name value or marketability to prosper on his own, languished and then his star regressed. Once on the verge of stardom, with high-end talent and his Cajun werewolf Rougarou gimmick making him a compelling character, he almost completely fell off the fans’ radar once he lost a guiding promotional hand.

Wandering from an undercard slot on a PBC show to the black hole of Triller’s Jake Paul-Ben Askren undercard, Prograis lost a good year of progress that, because of his age, he absolutely could not afford to lose. And, in boxing, as well know, lack of connections goes hand in hand with lack of opportunity.

He then signed with Probellum, the promotional company headed by former Golden Boy CEO Richard Schaefer, in October of 2021. The promise of international exposure, three fights a year, and a path to a world title lured him into signing. But, thus far, his new promoter has only delivered on the last one. And, even then, they would lose the purse bid to put on the bout with their fighter, offering up less than half the purse money eventual bid winner Legendz Entertainment offered.

But, business be damned.

Prograis performed like an elite-level fighter on Saturday against a damn good Zepeda, winning 8 of 10 rounds on my super, extra-unofficial scorecard before stopping the tough Californian in the eleventh round.

This was a statement victory if ever there was one. And that statement is-- Regis Prograis is back and, good promoter or not, he can’t be ignored anymore.

– Normally, John Ryder would get about as much space in this column as Bare-knuckle Boxing fight reports. It’s not that Ryder is a bad fighter, it’s just that he’s a “meh” fighter for me. For me, he’s a top-level UK regional talent fighting on afternoon cards that normally don’t do much for me. Like I said, meh. If he’s at the world stage-level, it’s merely as a fringe contender.

Although nothing is official, Ryder seems like the ideal opponent for an Alvarez who pretty much said that he was looking for something less daunting this May after wrist surgery. Ryder is good, but not spectacular; tough, but not a killer; talented, but not next-level capable. And with this win over Parker, alongside a close points victory over Daniel Jacobs in February and a “should’ve won” loss to Callum Smith in 2019, the London native has a high enough profile to merit a B-side pay-per-view slot.

Realistically, he doesn’t stand much of a chance against Alvarez-- he IS still the guy with a loss to Canelo bludgeoning victim Rocky Fielding-- but he’ll put up a fight and make the outing look less like a mugging and more like a regular run-of the-mill boxing mismatch.

– Dillian Whyte had a tougher time than expected against unheralded American Jermaine Franklin Saturday at Wembley Arena in the UK. Normally, that wouldn’t bode well for the immediate future of a veteran coming off a big loss, yet still hanging around the Top 7 or so. But, actually, Frankin was better than I thought and certainly tougher than anyone imagined.

The 29-year-old Frankin, from Saginaw, Michigan, was handpicked by Whyte’s team for having a paper-impressive 21-0 record, yet an overall low-level body of work. Franklin’s high-water mark wins came against Jerry Forrest and Rydell Booker in 2019 and, just six months ago, he was, literally, fighting at a United Steelworkers party hall in Gary, Indiana.

But, despite lacking the power and high-end talent to beat a world class opponent, he did well against Whyte and some would argue that he might’ve even deserved a close points victory.

So, what does all of that tell us about Whyte, who, let’s face it, was going to move on to bigger and more lucrative things regardless of what happened Saturday? Was this a case of Franklin being better than anyone imagined and Whyte taking him lightly as a prelude to a big-ticket Anthony Joshua rematch next year? Or is Whyte on the definitive decline after being stopped in six rounds by Tyson Fury this past April and exchanging KO losses with Alexander Povetkin the two fights before that?

We’ll get some kind of answer when he faces Joshua next year, but then again, maybe not an all-that-definitive one since Joshua, himself, is sorting through various issues.

In the meantime, at least Whyte is great on the mic and makes for some fun headlines.