NOTES FROM THE BOXING UNDERGROUND: HATERS (PROFESSIONAL AND OTHERWISE) 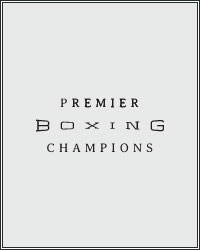 Wasn’t it so damn predictable that Gervonta Davis’ recent pay-per-view buy rate would become a tug-of-war issue among fight fans on social media?

Unless you have a monetary interest in the event in question, there’s no reason whatsoever for you to care so much about the number of buys for a particular pay-per-view-- unless you’re using the numbers to push whatever kind of agenda you may have.

And, man, agendas are plentiful in the online Universo Pugilistico!

Rick Glaser, a self-described “International Agent, Broker, & Consultant,” who has recently built some degree of career momentum as a very vocal Anti-Al Haymon/PBC social media voice, was the first to report any Gervonta Davis-Hector Luis Garcia sales numbers. And, of course, those numbers were low at just 61,000. In his estimation, this was proof positive that “#PBC is a very toxic brand, [There are] Too many junk PBC PPV's. #TankDavis [is] not a PPV Star, and #Boxing fans have lost confidence in #Showtime.”

Anti-PBC/Haymon/Davis people ran with his numbers.

Then, conflicting info came out-- some via reporting from reliable, independent journalists like Insider’s Al Dawson-- putting the Tank Davis pay-per-view sales figure between 200-225K.

Anti-anti-PBC/Haymon/Davis people would run with THOSE numbers.

What’s worth caring about, though, is the damage behind so much focused, targeted doubt/negativity/hate being intentionally pumped into the sport’s drinking water.

Glaser is no journalist/reporter and he’s never claimed to be one. On the contrary, he identifies as an industry insider, so that immediately makes his strategic release of info compromised as someone with a horse in the race and a vested interest in tilting public opinion in one direction or another.

You also can’t really blame the fans for muddying up the water. Fans will be fans and, while it would be nice to have them better inform themselves on things before fighting about them online, it’s not their job to be anything other than consumers or non-consumers of the boxing product.

The real culprit in boxing’s gray-clouded negative vibe is its media.

What can I say about the boxing media that I haven’t said already, that hasn’t gotten me blacklisted by boxing media already?

Well, from firsthand experience, I do know that they absolutely HATE being the subjects of reporting and being held to any degree of accountability. I have a library of angry emails from media members and screen caps of nasty anti-Magno dish sessions on social media to prove that point. I also have a library of emails and private messages from media members dishing on other media members to prove that many of these people are not exactly brave by nature or consistent in areas of integrity.

Actually, I first got into boxing writing and out of the actual boxing world, around 2007 or so, after I went online and saw how awful and compromised the boxing media was. I just couldn’t believe what was going on in the internet boxing media world. I felt compelled to dive in to try and do something or at least give some perspective. I saw the damage this compromised media coverage was doing to the sport and its base.

Many media members were openly flaunting their conflicts of interest back then, bragging about the gifts they took from publicists and promotional companies. Some shared snapshots of themselves being wined and dined at the mansions of big shot promoters. And these favors, of course, just happened to line up with positive coverage for those doing the favors.

I like to think that my unwanted arrival on the scene and my semi-regular Piggies at the Trough column, where I chronicled dubious media behavior, had something to do with these people feeling at least a little bit of shame and taking their exploits out of the public eye.

For me, none of the creeps were as bad as Steve Kim, who got in on the ground floor of internet boxing coverage and proceeded to show that he was more carpetbagger than ground breaker. With his characteristic girly cackle, dismissive demeanor, and indifference towards being compromised (or guided by his own apparent racial biases), he smugly set the tone for a media where ethics were a joke because, shit, this was only boxing.

Kim is the Babe Ruth of targeted partisan negativity in boxing media and his impact is still felt today, even though his “journalistic” reach is limited to a Victor Conte/SNAC newsletter and a podcast with that Saved by the Bell guy. However, many of the creeps Kim mentored over the years, either directly or indirectly, are still injecting the public discourse with agenda-driven analysis that does little more than muddy up the water and create disharmony. And the fans who’ve bought into that style of tainted journalism help spread the muck.

But Kim and his side of the black water pond are not the only purveyors of agenda-driven negativity.

The so-called “new media,” in the form of YouTube video makers and would-be social media influencers, is just as guilty of being the enemy of truth and journalistic integrity in the boxing world, also with a heaping side order of race-based bias added for good measure. It could be said that these “new media” types represent the equal and opposite reaction to the other side’s push, but they are just as harmful nonetheless.

Believe it or not, though, the boxing media IS getting better, or at least working harder to act the part of journalists. Many, though, are the very same “respectable” pros who intentionally froze me out of the public discourse and still refuse to acknowledge my existence for reporting on their colleagues. So, when they speak on social media about “this is how journalists are supposed to do things,” they know their spiel carries the distinct whiff of bullshit to those of us who know better.

Still, lip service is better than no service. Late-in-life, pliable journalistic ethics are better than “Hey guys, I just came back from a sightseeing junket in Puerto Rico, all expenses paid by Top Rank, now let me tell you why this Top Rank card is so awesome and why that rival promotion’s card is shit.”

It’s hard to make a living anymore in boxing media without wandering into areas where your work might be compromised. Boxingscene is owned by Paramount, which counts Showtime as a subsidiary. Ring Magazine/Ring TV is owned by Golden Boy. DAZN has its hands in media operations and counts many media members among its list of “associates” and “affiliates.” Top Rank is tied to ESPN. Hell, I do freelance fight previews for PBC. The business, with its exaggerated emphasis on access and industry money, easily lends itself to quid pro quo arrangements, either spoken or unspoken.

Being compromised is a choice, though. Taking your compromised self to social media to wield your agendas for your own benefit and/or amusement is a choice. You don’t HAVE to be a shit head.

And fans don’t HAVE to pay attention to half-truths, quarter-truths, and odd fixations/personal flaws/shit politics come to life via boxing talk. Ultimately, it’s the fans’ option to disregard the bat-shit craziness and the bullshit, rather than be pulled into the shit-flinging nastiness.

People talk a lot about how to “fix” boxing. Well, the first step is to stop tearing it down from the inside.

Boxing companies will operate like boxing companies-- generate revenue, incur as little risk as possible, and try to keep things "in house" as much as possible. Anyone who tries to tell you otherwise, that one company puts their fighters in tougher or really wants to make the big, cross-promotional fights more (or less) than the others, is either stupid or riding an agenda. Disregard these people.

Everyone in the sport needs to be held to the same degree of accountability, across the board and at every level (including the media). Fans being divided and lured into pointing fingers allows cover for shitty behavior. And if the media (or semi-quasi-media-types presenting themselves as media) can’t be relied on for balance and honest perspective, fans need to make a greater effort to inform themselves.

Some of these people spewing their nonsense online are just shit heads, dummies. Some, however, think they’re playing YOU for shit heads and dummies. Either way, it’s a lose-lose for the sport when everything is always buried under such buzz-killing negativity.