2010 YEAR IN REVIEW: THE UNSUNG HEROES OF BOXING 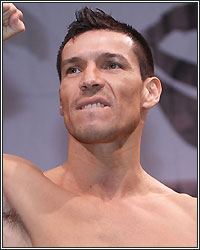 The lifeline of boxing has traditionally been defined by the state of the heavyweight division, and if we're to use this as a health indicator, the current state of boxing is in critical condition. The revered title of a "Heavyweight Champion" remains scattered among contenders that refuse to fight one another, the public has still not acquainted itself with a recognizable name, and with HBO dropping further broadcasts of heavyweight bouts, it doesn't seem likely the next great champ will emerge anytime soon.

But in the divisions south, the sport still thrives; the little big men give us reason to keep tuning in. Perhaps even more surprising is that it's not the big names that have delivered the best fights, but it's the fringe contenders and the unsung heroes of boxing that have hoisted the sport upon its shoulders and carried us through 2010.

With Manny Pacquiao's prolonged campaign of inflated challenges laced with weight stipulations, Floyd Mayweather's repeated run-ins with the law, and the fiasco disguised as an attempted negotiation between the two, the superstars of boxing have come to resemble more of a WWE storyline than a genuine display of pugilistic competition. Instead, we rely on fights like Calderon-Segura to show us how an indomitable will can overcome world-class boxing skill, and Soto-Antillon to remind us how it can't. Roman-Escalante proved that passion and desire remain the key ingredients in the makings of a good fight, and with ESPN2 broadcasting the bout, we no longer rely on the big boys of networking to give us an entertaining fight.

In recent years, HBO and Showtime have seemed more interested in packaging a good fight rather than actually delivering one. What started as a good idea in the critically acclaimed "24/7" pre-fight series on HBO has now turned into an overdramatized soap opera of fighters, often repeating storylines since the same handful of boxers recycle through the sport's megafights. While Showtime's Super Six tournament began as the forefront to pit top names against one another, unfortunate circumstances of 2010 has made a mess of the whole thing - forcing both Mikkel Kessler and Andre Dirrell to withdraw from competition, and somehow a lackluster Glen Johnson has reestablished himself as a notable contender in the super middleweight division.

But 2010 has been an action-packed year even for the big networks. Despite the jumbled mess of the Super Six tournament, Showtime finished the year strong by compiling an improved Bantamweight Tournament with matches to boot, and let's not forget Juan Manuel Lopez establishing his legitimacy in his bout against the battle-tested Rafael Marquez earlier in the year. On HBO, older brother Juan Manuel Marquez exhibited brilliant ring fundamentals in his firefight against Michael Katsidis, and at the advanced age of 37, it was quite a feat to see the cagey veteran go all out for 9 rounds to prevail as the victor. But if we're to commend any fighter for defying father time, it would be Bernard Hopkins in his masterful performance on the eve of his 46th birthday against WBC Light Heavyweight Champ Jean Pascal, where most believed Hopkins deserved the nod instead of the majority draw.

The older generation has stepped out of the shadows to reclaim the sport as 35-year old Sergio Martinez tops most picks as "Fighter of the Year" after his dominance of former middleweight king Kelly Pavlik, and Martinez-Williams II was well on its way of becoming a match for the history books until Martinez knocked Williams out cold in the second round. But the new blood of boxing has shown promise as well. The young Amir Khan survived the frenzied barrage of the power-punching Marcos Maidana and with Devon Alexander, Timothy Bradley, Victor Ortiz and a number of other prospects simmering in the same division, one can only imagine the possibilities for the new year.

With the heavyweight division virtually dead, the great names taking on less-than-stellar competition, and the Prima Donnas of the sport only showing their face once a year, 2010 reminds us to look past the traditionally sanctioned landmarks of boxing and look towards the lesser known fighters in lesser known divisions who focus more on proving themselves in the ring rather than in the media. Despite all the bureaucracy between promoters and networks, 2010 has provided fight fans with exciting battles, devastating knockouts, and fighters testing the capabilities of the human psychic and spirit. This reminds us that boxing will always be alive and kicking anytime there is a hungry fighter looking for a shot. Like anything in the world, once you get away from the glitz and glam of the fight game, and focus on spirited competition, you'll never be disappointed.