THE 10 GREATEST PUERTO RICAN FIGHTERS OF ALL TIME 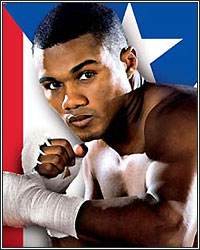 The inspiration for this list arose on the night when I, like the vast majority of you boxing fanatics out there, affixed my attention to Miguel Cotto's entertaining battle with the great Shane Mosley in New York. Cotto would impressively hammer out a majority decision that seemed to reaffirm his position as the premier Puerto Rican fighter in the sport today. The whole spectacle got me thinking, who are the 10 best fighters to hail from La Isla Bonita?

Narrowing down such a list is harder in practice than in theory. Of course, as the beer was flowing, I thought to myself that this would be easy. Once sobriety hit me the following day, I realized that Puerto Rico is known primarily for three separate things, rum (oh yeah), beautiful women (hell yeah) and fighters.  It's not just that the island produces fighters, but it produces great fighters.  Narrowing a list down to 10 proved to be harder than anticipated, but after a few Bacardi and Cokes, I felt confident in my selections.

As always, feel free to contact me with your two cents if you feel that I omitted a deserving fighter.  Now, without further ado, below are my 10 greatest Puerto Rican boxers of all time (in no specific order):