THE 10 GREATEST BRITISH BOXERS OF ALL TIME 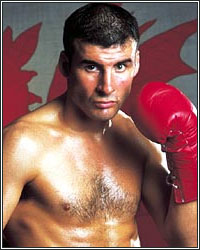 As I sat in my living room this past Saturday night enjoying a frosty brewed ale while viewing HBO's replay of Floyd Mayweather's domination of Ricky Hatton, it got me thinking about some of the top pugilists hailing from across the pond. Perhaps it was Hatton's "never say die" attitude or maybe it was the raucous crowd of Brits who migrated from the UK to rabidly cheer on their countryman, but either way, the inspiration for this list hit me.

Boxing as we know it today owes its creation to its London practitioners of the sweet science who, in 1867, drafted what is commonly known as the Marquess of Queensberry rules.  The core of these rules are still the basis for boxing in its contemporary form and with such roots entrenched in English history, it is only right that we examine some of the best pugilists to hail from the British Isle.

For the purpose of this list, I am defining "British" as the combination of the following countries: England, Scotland and Wales. So without further ado, below is one scribe's list, in no particular order, of the top 10 British fighters of all time.