JIN MOSLEY: "YOU SHOULD BE BABYSITTING YOUR FIGHTER" 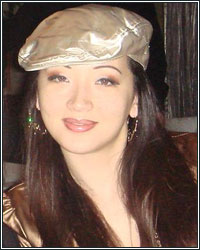 "It's like dealing with a child. You have to set limits and boundaries, none of which were set by his enormous team of advisors A.K.A. sponsors. He lacks discipline," stated Jin Mosley, business partner and wife of three-division world champion Shane Mosley, as she fired back at Team Judah's recent comments about their unwillingness to negotiate a new date for their canceled May 31st clash.  You don't want to miss what else she had to say.

JM: "First off, let me clarify...it's not about who wears the pants in the family, it's about a job role. I'm not speaking as Shane's wife, I'm speaking as his business partner. I can separate the roles. Who the fuck is this Dave whatever his name is [Dave Richardson, the latest name to crop up as Judah's manager]? Just like he's speaking on behalf of his client, I'm speaking on behalf of mine. I wish people could get that through their heads. I'm speaking as a business partner who's invested thousands upon thousands of dollars on training expenses, travel arrangements, uniforms, merchandising, etc. Shane has invested time and energy and he's sacrificed a lot and it wasn't just so Zab can throw a temper tantrum over an argument with his dad.

I won't allow my client to risk another six months, or however long, of his life hoping and taking a gamble that maybe Zab will grow up in the meantime and realize that this is a job, not a hobby or a pastime. We don't have some dude off the street buying us bottles of Dom P or paying our bills, so we can't afford the luxury of waiting around with our fingers crossed hopinig that the fight will happen. Zab has a history of emotional behavior and at this point in Shane's career, it's too risky to just wait. Had it been a legitimate injruy, we would have entertained the thought of moving it back, but the fact that he threw a hissy fit and acted like a maniac in a professional work setting shows that he never took this fight seriously. If we give in to his demands of pushing it back now, then he can pull another stint later on. It's like dealing with a child. You have to set limits and boundaries, none of which were set by his enormous team of advisors A.K.A. sponsors. He lacks discipline.

I may be only a 'wife' in some eyes, but at least I can protect and guide my investment better than these self-proclaimed 'managers'........BUT, if David whatever his name is and Michael Shinefield want to sit around and talk reimbursement for training fees and want to come up with a fair reimbursement for time lost, I'm a business woman and we can sit down and renegotiate a deal. It's funny that even with FOUR advisors, none of them could make a fight happen. Dave, instead of talking about someone you never met personally or shit you don't know nothing about, you should be babysitting your fighter. Don't worry about my household and how it gets done because Shane always steps up to the plate. Even with a cut, he would've stepped into the ring."