RAMPAGE: "KING MO IS ALL BUTTHURT" 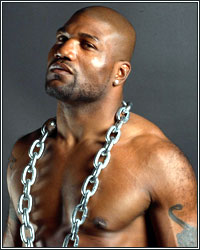 My bad if I don't watch all the fights out there. I apologize for not knowing a lot of you up & coming fighters. I noticed that I met some of you guys in the past & I didn't recognize who you arebut honestly, I don't watch fighting that much. I don't want people to take it the wrong way, but I wasn't a fan of the sport before I started fighting.

Now this punk ass dude named King Mo is all butthurt because I don't know who the hell he is. Straight up, if you're not one of my friends or fighting one of my friends or a potential later opponent, I might not get a chance to watch your fight.  So I didn't know who the hell King Mo was & now he crying like a little girl saying that he met me a long time ago when I was fighting at KOTC & he said I shined him cause I was talking to four people when he introduced himself. Now this guy running his mouth, but if I was him, I would shut the hell up cause he seriously don't want none.

People, straight up, if you guys ever bump into me, treat me as a normal guy or the way you would like to be treated. If I'm talking to people or in the club dancing with a hot chick or with my kids or eating or in the restroom with my dick in my hand pissing, it's probably a bad time to talk to me or ask for a picture. Other than that, you'll see I'm just like everybody else & I like to be treated like that & if you're a up & coming fighter, don't assume that I know you or seen you fight. Let me know that you're a fighter so we won't have the same problems like King Mo over here. Cause King Mo would be half cool if he didn't have those gay ass nipple rings & didn't talk so much!